The Twentysixth Post : Why I'm Leaving my bat out for Phillip Hughes.

Some people call me cold hearted while others accuse me of being unable (or unwilling) to connect with emotional issues on a personal level.
While both these accusations have some basis in merit I most often feel that they miss the point when I make a point of asking them why they feel so upset when someone with a certain amount of fame dies.

“Did you know them?” I ask when they tell me that such-and-such has died and how sad it is. “Did you meet them ... were you ever going to meet them?” If the answer to these questions is “No” I look them straight in the eye and ask them “Then why are you even upset about it?” I’d like to think that the silence that usually follows is due to them actually analyzing themselves and their overreaction to a situation they have no real connection to but, more likely, they are really thinking how on earth can this guy NOT care about it !!!
“My favourite actor just died and I’m distraught.” Why? The only connection you have to them is through their movies (which still exist exactly as they were before) so it’s not like you yourself have lost anything.
“My favourite singer has died. Isn’t it a tragedy?” For his friends and family- yes. For you, who had never spoken to him at all, no.
“A celebrity I admire has died. She was only young.  Isn’t  it a waste?” Again, terrible for her friends and family but if you're genuinely upset about some C list celeb with a loud mouth from a rubbish reality show you have invested too much in someone you have no association with , and that is the real waste in this situation.
“The head of a multinational company just died. How horrible.” No. That’s life. Sometimes it’s not fair and sometimes it’s not right. Tough. The absolutely terrible part of this is you thinking you are emotionally involved in this person’s life just because you own an I-pad.
you’re not. You’re delusional if you think you are. Don’t get upset about it.
A quick “Oh dear, what a pity. Never mind.” is all that required from you for the amount of emotional investment you had in someone who you didn't know, had never met, and were never going to meet. Anything more marks you out as a fool, at best, and some sort of emotional vampire/voyeur of misery at worst.
Having said that, the recent death of Phillip Hughes has caught me somewhat off guard and I found myself genuinely upset at his passing. 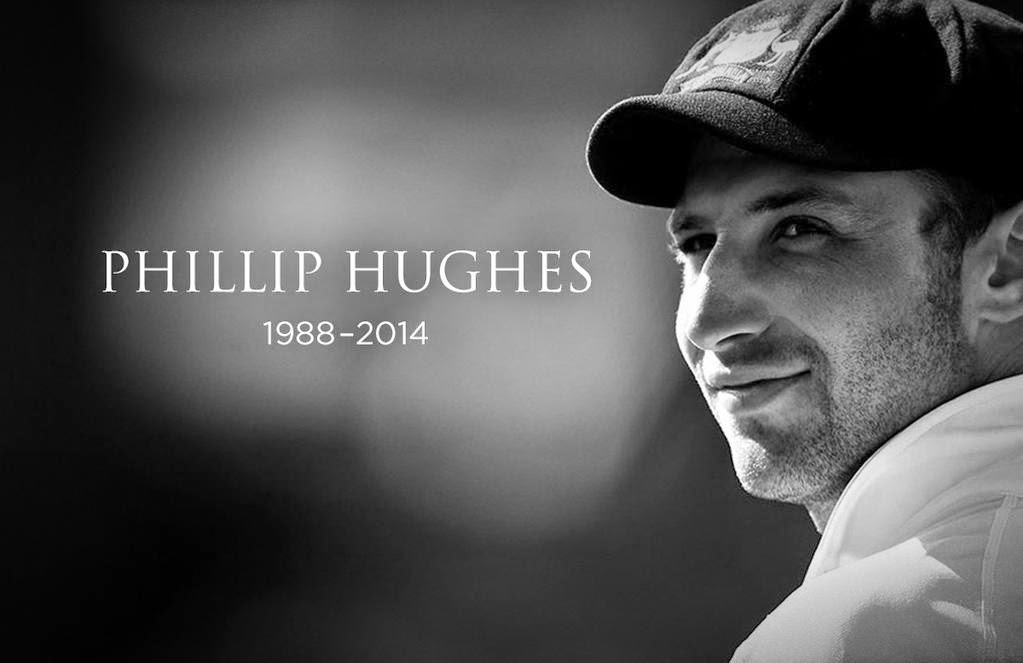 Here is someone I had never met, was highly unlikely to ever meet and didn't even have a vested interest in his playing career or development seeing as he played for a nation I don't live in anymore and haven't for over 20 years.
Why did this incident affect me more than any other?
How could I explain it without becoming a hypocrite?
There’s no doubt that I am more sensitive to cricket issues. It is my favourite sport and something I care for, and have more interest in, than most other things. But even as I struggle to keep my bias out of my reasoning I keep coming back to the thought that there is something special about cricket and the community that surrounds and is involved with it. Which I will attempt to explain later.
The modern cricketer is well padded and well protected to the point of resembling a warrior knight of yesteryears. Much like the armour of old chinks in the chainmail exist to allow movement and flexibility. The thrust and parry of swordsmen would seek out any weak links and target them to gain an advantage. Again, there is no difference in the modern cricket as bowlers will dish out “chin music” to batsmen whenever they seek to unsettle him and captains will often call orders for “one up in the ribs” to keep the batsman on his toes. Regardless of the amount of padding the batsmen wear there will always be fleshy parts left exposed that somehow, despite the best efforts of the batsman, will at some stage, end up sporting an impressive bruise.
Discomfort, pain and bruises are present companions of everyone who walks out to the middle with a bat in hand. More serious strains, sprains and even broken bones are present concerns for every cricketer from first class to club. Career ending injuries occur occasionally bringing the finite time available to play and enjoy the game to the fore of every player’s consciousness.
Life ending injuries are rare and are shocking because of their scarcity.
It’s not like it’s a sport where death is an obvious consequence of something going wrong like formula one or rallycross.
Pain may well be the cricket batsman permanent partner but death is the racing driver’s navigator.
Every single person who has ever played the game, whether batter or bowler, knows that there is some element of pain involved no matter where you stand in the batting line up. From the opening batsmen facing up to the fast bowler with the new, hard, ball to the last of the tail enders who don't know which end of the bat to hold, every single one of them knows that there is a small sphere of compressed cork wrapped in leather that is equal to five and a half ounces of pure pain about to be hurled directly toward them. They know they will have to stand there and defend themselves against it, and if they get hit, stand there and take it. Then, wait again for the next delivery, and take it again.
The only safe place for a batsman against this potential promise of pain stands 22 yards away at the non strikers end where your batting partner stands, offering you advice to get behind the line of the ball, tough it out, dig in and play for tea, while hoping to stay where he is, out of pains way.
If you are lucky enough to find a single and change ends with your partner you can rest assured that he will also be trying to get off strike as quickly and painlessly as possible too.
I can think of no other sport where this prospect of possible pain is repeated ad nauseam. Forcing a batsman to stand in front of three small sticks and defend them, and himself, with a slightly bigger stick while attempting to score runs for himself and his team is pretty unique. Even in baseball the strike zone is an imaginary box (judged by the home plate umpire) of which the batter stands to the side of, not in front of. And if the baseball batter does get hit he gains an automatic “walk” to 1st base and out of the firing line. In cricket, if there’s no run you stay where you are and get prepared to do it all over again. Without escape.
Goalkeepers in hockey may well have balls hit at them repeatedly, but they are always specialists in that position and only one member of the hockey team will ever field in goal. I expect that there is a certain amount of fraternity amongst hockey goal keepers. However, every member of a cricket team will have to bat at some point no matter how specialised they are at it. With every player able to sympathise with each other readily and easily as we don’t just feel team mates (and the oppositions) pain, we know the pain.
It is this challenge for the competent batsman and abject terror for the incompetent batsman that unites every single cricketer from every single country on earth in one big family. Everyone from Bradman to Tuffers, from batter to bowler, from 1 to 11. Everyone, from every fraternity in cricket (be it the “Brotherhood of Openers” to the “Fast Bowlers Union”) is part of the same family.
This lends cricket and cricketers to be more of a family,
And family is stronger than fraternity.

The shock of one of cricket’s family members being seriously hurt is disturbing enough. The death of a cricketer due to factors on the field of play is enough to leave one distraught.
The death of Phillip Hughes on the field of play came out of the blue through no fault of his own, no fault of the bowler, and through no fault of the game.
A terrible tragedy that has brought an end far too soon to a promising talent and a flourishing person.
The shock of the events reverberate through every member of the cricket family as we all come together to lend support to everyone affected while struggling to understand our own mortality and our place in the game that is bigger than all of us.
So, with all that said let me finish by saying... Phillip Hughes : I never met him, I was never going to meet him, but he was a member of my family ... and I leave my bat out for him. 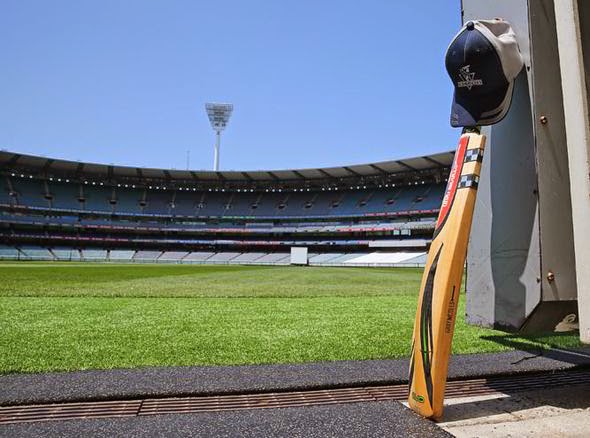